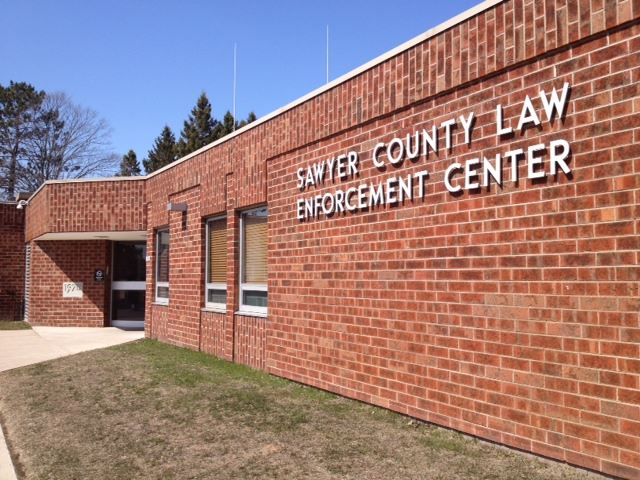 Inmate mail:  Personal mail for inmates is not allowed into the Sawyer County Jail.  Outgoing mail from inmates is allowed.  Privileged mail (from attorneys and government officials) is allowed in.  Friends and family will still be able to send in non-personal checks and money orders for inmates' accounts.  Nothing other than the check or money order will be accepted.  Do not send cash in the mail.  When mailing a check or money order, you must write "Inmate Accounts" above the inmate's name and the jail address.  If "Inmate Accounts" is not written on the envelope, it will be stamped Return to Sender and sent back.  Anything other than the check or money order will not be given to the inmate, it will be placed in their property until their release.

The Huber Wing of the Sawyer County Jail was constructed in 1973 and has a designed capacity of 34 inmates. The secure wing was opened in January of 2007 and has a capacity of 52 inmates.  The total facility capacity at that time was 83 inmates. In 2009 the Huber Wing had two Dorms remodeled, adding six beds and three cells had additional beds added in the secure wing as well making the total capacity of the jail 92. The old wing is restricted to housing minimum security inmates only.  In 2015, the Sawyer County Jail entered into a staffing agreement with the County Board of Supervisors that allowed for double bunking, bringing the total capacity to 104 beds.

To fund an inmate phone account or schedule a kiosk visit, visit:  www.reliancetelephone.com

Are jails and prisons one and the same, and what exactly is the purpose of the jail in our community? With an emphasis on the role of jails in local communities, this video will answer those questions and more. It goes “beyond the myth” to reveal what corrections really is, what it is not, and the important role it plays in promoting public safety. The National Institute of Corrections (NIC) is a division of the U.S. Department of Justice, Federal Bureau of Prisons. Its mission is to provide training, information, and technical assistance to the nation’s jails, prisons, and community corrections facilities. For more information, please visit NIC online. This video is provided by NIC.